You are registering to get updates and emails with the newest articles! We will definitely make it worth your time.

Every state and even county in this country has their own specific liquor laws. Some of them make more sense than others, but Texas liquor law really takes the cake on the various rules that they have applied, said an attorney from mvhtexasliquorlaw.com. It can be confusing for those that live in the state and even more confusing for those that are new. These are just the main points that you will find about the law in the great state of Texas. 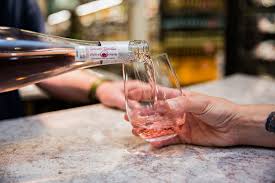 It is quite normal for states to enforce laws that only allow alcohol to be sold during certain hours. It is also quite common that the sale of liquor is regulated much more heavily than the sale of alcoholic beverages with lower potency, but Texas gets extremely specific about how, when and where these beverages can be sold.

For example, this is one of only 11 states that only allows the sale of liquor in liquor stores. You will not find liquor in other convenience stores, grocery stores or any other store for that matter. Liquor also can not be sold on Sundays and a number of national holidays. These laws are a clear throw back to using religion as a basis of legislation, which many states around the country have held onto quite fiercely.

However, you can enjoy a beverage that contains liquor if you are doing so in a restaurant and are eating a meal, even on Sunday. Other exceptions include sporting events, festivals and a number of other public venues. Many people are aware of this exception, even those that reside in the state, but it is definitely something to be aware of if you wish to take advantage of it.

The hours that beer and wine can be sold are quite specific as well. Anything that has less than a 17% alcohol by volume content can be sold from 7am to midnight Monday through Friday and 7am Saturday to 1am Sunday and from Noon to midnight on Sunday. This rule can lead to you not being able to purchase a number of products that are not technically liquor, but exceed the specification of the alcohol content.

The last aspect of the laws in Texas is that there are some counties that do not allow the sale or consumption of alcohol what-so-ever. This can be quite frustrating for those that find themselves in such a county, but fortunately there are very few of those these days.